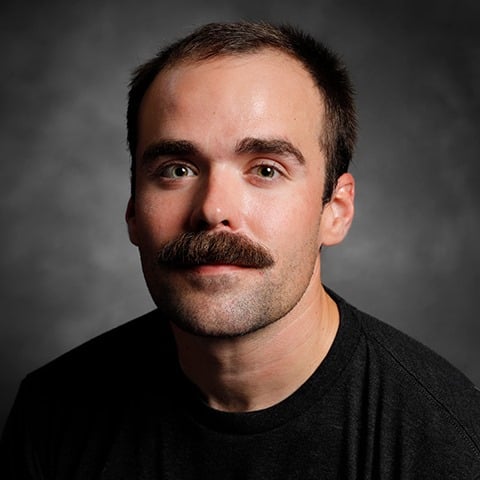 A quality website is essential for any successful business. That's why the web development team at Zimmer Marketing is dedicated to creating fast, reliable, visually appealing, and SEO-friendly websites for our clients each day. A huge part of our success is due to the efforts and expertise of our web department leader, Senior Web Developer Jason Dittmer. Based on an interview with Jason, this blog will explore his knowledge, experience, and web development principles.

How Jason Got Started in Web Development

Jason's journey toward becoming a web development expert started when he was in high school in Neosho, Missouri. He took a class where he learned the basics of Adobe Dreamweaver, Photoshop, and Flash Player. It was for a project in that class that he built his first website. According to Jason, during that period, he was very interested in photography, and particularly how the mathematics of photography combine to create art. In our interview, Jason drew parallels between using math to create art in photography and the process of coding to create a beautiful website. It is no surprise that becoming an expert WordPress website developer was in his future.

As Jason continued to build websites for local area businesses, he needed a content management system. He had been subscribing to the service of an Australian company that charged a monthly fee and wasn't open source. Using this service required him to learn coding in CSS and HTML, incredibly valuable skills he still uses today. But the closed, subscription-based service he was using left a lot to be desired.

Jason started looking for a content management system that would allow him to use plugins, and while on the phone with his server company in California, he received the recommendation to try WordPress. "I can still remember the first time I heard about Word Press," said Jason. It didn't take him long experimenting with WordPress to become a true believer. According to him, WordPress was simple, open-source, and compatible with tons of useful plugins. Using his experience building themes from scratch, Jason made effective use of the system.

At Zimmer Marketing, Jason continues to build custom-themed WordPress websites. By building the themes from scratch, he can make fast and reliable business websites for local companies. That's because when a website is purpose-built, it doesn't have clunky junk code in the background, slowing things down. Jason has also created effective spam filters on all of the websites Zimmer Marketing builds and manages. This keeps our clients safe from hackers who are eager for an opportunity to breach a business website and install malicious viruses such as ransomware.

Are you ready to revitalize your online presence with a new business website? See the difference Jason and the rest of the Zimmer Marketing web development team can make for your company. Contact us today or read more about Zimmer Marketing's web services.