Spotlight: The Major Impact That Honor Flight of the Ozarks Has on Veterans 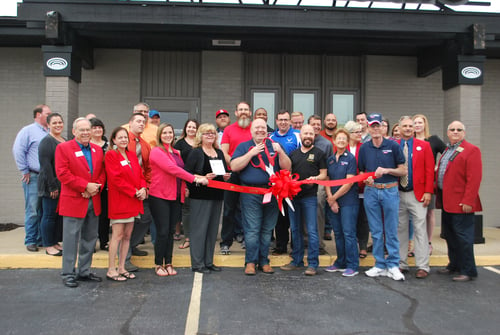 Zimmer Radio recently partnered with Honor Flight of the Ozarks to help them raise awareness and funds to fly veterans to see their war memorials in Washington, D.C. For the second year in a row, Zimmer hosted the Honor Flight Radiothon fundraiser, which has raised more than $43,000 over the past two years. Management, staff and radio personalities from several Zimmer radio stations helped with the fundraiser.

Since 2005, Honor Flight has flown over 200,000 veterans to see the WWII, Korean and the Vietnam Memorials, at no cost to the veterans. The flights are scheduled from April to October, and include a guardian who accompanies veterans and provides assistance on their flight.

All WWII, Korean, Vietnam and terminally ill veterans from any era are qualified to go on a flight. And during their trip to Washington, D.C., veterans are celebrated as the heroes that they are, and honored for their sacrifices and achievements.

An Ongoing Commitment to Tradition

The ongoing commitment to provide veterans with honor and closure touches the hearts of many of our listeners. Their generous contributions amounted to $25,000 in 2017 and $18,100 during our 2nd Honor Flight Radiothon in August.

One of the more touching moments was listening to Patsy Tipton, a previous Honor Flight of the Ozarks guardian, talk about her experience flying with her veteran to Washington, D.C.

From Humble Beginnings to Major Impact

During their original 2005 Honor Flight, the team flew six small planes with 12 WWII veterans on board. Once demand began to grow, Honor Flight teamed up with HonorAir to create the Honor Flight Network - providing the country with more opportunities for veterans to visit their memorials in our nation's capital.

Today, more than 140 cities host regional hubs which participate in fundraising activities, volunteer efforts, operational planning and more for the three annual Honor Flights. The organization is eager to continue raising awareness and funds, as there are over 27,000 veterans on the waiting list.

Without the Honor Flight organization, this trip may be impossible for many of our nation's heroes. Zimmer Radio is honored to have the opportunity to partner with amazing organizations that touch the lives and hearts of so many across the country. Even though the Radiothon is over for the year, you can still make a donation to Honor Flight of the Ozarks on their website to help fund a future flight for heroes.