Why Branding Is Critical During a Political Campaign 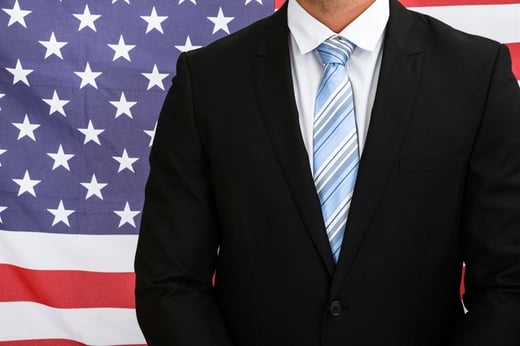 Branding is a term that was once reserved for business marketing, but it’s expanded far beyond that now. Celebrities and entrepreneurs have personal brands that are as valuable and powerful as the organizations and companies that fill our marketplace. Recently, however, political branding has taken center stage. Applying brand to a political campaign isn’t actually new, but adapting the corporate terminology that surrounds branding is new in the mainstream. (This is, perhaps, most clearly demonstrated by the film, Our Brand Is Crisis, which centers around two consultants who are, essentially, political marketers.)

However, not all candidates understand branding or the role it needs to play in their campaign, and in some cases, it’s even played a part in costing them the election. In today’s post, we’ll take a look at what branding is and the kind of impact it has.

What Branding Is and What It Includes

One of the most common mistakes to make is believing that your logo is your brand. It isn’t, but it can be an important piece of it. A brand is really the audience’s perception of an entity, be it a business or political candidate; branding defines who you are as a candidate, frames the issues in a way that appeals to the audience (i.e., voters), and helps the audience connect with you on an emotional level.

It includes, but isn’t limited to, logos, colors, fonts, jingles, catch phrases, and graphics or other images. These should appear on or in a candidate’s campaign website, social media, email, paper materials, political advertisements and signs, and all communications. Even the simplest lawn sign needs to deploy branding. In fact, being able to control a news cycle and define the language used for a particular topic is also a part of your political brand. Political branding is crafting a narrative, and each element supports and strengthens that narrative, making you easy to recognize and hopefully easier to vote for.

Branding can make or break a campaign, and as such, it has a long and storied history in politics as a whole and American politics in particular. Andrew Jackson, who was often fondly referred to as “Old Hickory,” deployed free hickory brooms and canes to portray strength and establish himself in voters’ minds. Grassroots supporters even went so far as to place hickory poles around the country. Needless to say, he won the first true popular election. Jackson leveraged branding in a positive way, as did Barack Obama. His iconic “Hope” poster came to define the campaign and crystallized everything he stood for.

But when new media develops, not knowing how to utilize it can be costly. Nixon learned that the hard way when he and John F. Kennedy participated in the first televised presidential debate; while those who listened on the radio believed Nixon to be the winner, the majority who watched it on television pegged Kennedy as the winner. Why? Nixon had recently been in the hospital, while Kennedy was young and healthy. Similarly, viewers could see Nixon break into a sweat during some of the hard questions. Kennedy held his own by proving his political brand was fresh, and confident.

Of course, in modern American politics, what you say is important, specifically as it relates to how you make your audience feel. Business marketers understand that consumers make decisions based on emotion, and that came into play in the 2016 presidential election. Donald Trump tapped into a zeitgeist of emotions, starting with the catchphrase, “Make America Great Again!” The phrase tapped into something 70% of likely voters felt was true — that America was no longer great and was mired down by years of heading in the wrong direction — and it was powerful enough that 74% of survey respondents displayed unaided awareness of both that phrase and its association to Trump. Like any business that wants to be successful, Trump repeatedly nailed that message in while tying every new message back to it.

Tips For Your Campaign

Branding your political campaign is no longer a vague concept or a generally good idea, if it ever was simply that. Political branding is a necessity that you can’t afford to ignore. It’s a critical piece to political marketing in Joplin, Missouri, and elsewhere, one that ensures your audience of voters understands who you are as a candidate.